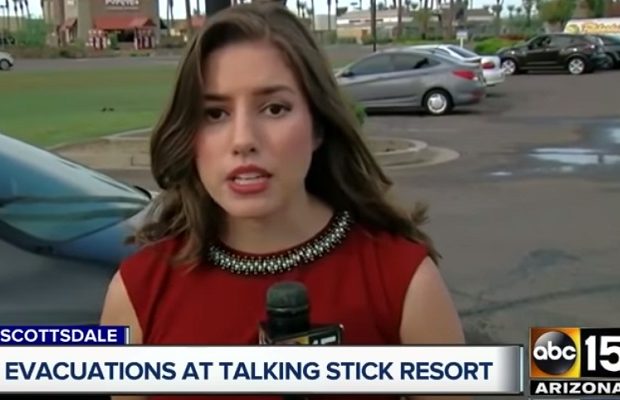 Poker players that had taken the time out to visit the Talking Stick Resort for the annual State Poker Championship has something of a drama unfold in front of their very eyes, the other day, as a sudden storm caused not only the closure of that venue but also led to the tournament being abandoned too.

I did report on that news story the other day; however what was undecided at the time was what was going to happen to that tournament, would it be simply postponed to be played another day or cancelled completely.

Well, the powers that be at that resort have said that the Arizona State Championship this year is cancelled, and that all players will be able to claim a refund on their tickets to that event.

However, that announcement has caused uproar with the poker players that did take time out to take part in that major local poker tournament, for they are, and quite rightly so, asking to be refunded for the out of pocket expenses over and above what the paid for their tickets, but whether they are going to get anything extra does remain to be seen and is probably unlikely.

Now it is very fair and true to say that all poker tournaments that are being held in any licensed and regulated poker venue are going to have in place their own set of poker tournament rules that they will abide by at all times.

Therefore, if there is ever any doubt about any one or more aspects regarding he way those poker tournaments have been structured and how they will play out, the rules will be referred to and will be how any disputes are settled. However, an act of God such as a sudden storm closing down the venue is probably not something anybody could have foresaw!

There is one perfect solution that would certainly be good PR for the Taking Stick Resort in Arizona and that would be to reschedule that tournament, offer the same ticket prices or even a slight reduction of say 10% for players who attended the cancelled event, with the casino making up the difference, and possible giving them a few little freebies at the resort too.

However, whether they are going to surprise their poker players with some extras does remain to be seen! But currently the entire resort has been evacuated and isn’t expected to not reopen for a few days yet.

James Anderson is our legal beagle and loves nothing more than dissecting laws and regulations surrounding online, mobile and land based gaming and ensuring all jurisdictions sing from the same hymn sheet, and is prepared to call them out if they do not.
Related Items
← Previous Story William Hill Bookmaker Reports Huge Half-Year Loss
Next Story → Casino Chairman Yang Zhihui Has Gone Missing