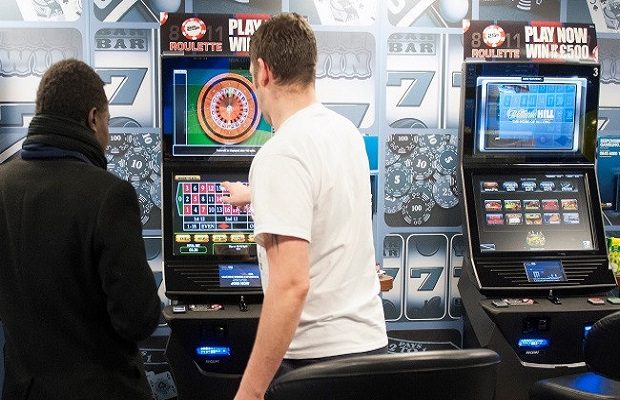 With the imminent reduction regarding the stake levels that gamblers can play FOBT’s in land based betting shops, the designers of those machines and also the bookmakers that have them in their premises are ever eager to ensure players are going to want to continue playing them, even at a massively reduced stake.

It will be a drop from a maximum spin of the Roulette wheel or any other game from £100.00 to just £2.00 that is worrying those bookmakers, many of whom rely on the income of those gaming machines to keep their betting offices open and financially viable too.

One way that boomakers can of course keep punters playing is by offering new and even more appealing games and recently many of them have been testing the waters with a range of Roulette games that offer pay-outs of 88/1 and 100/ as opposed to the maximum pay-outs of 35/1.

However, regulators will soon be faced with having to decide whether Roulette game son those machines could offer pay-outs of 2500/1, which will enable players of those machines to place up to ten £0.20 chips on any numbers and have the chance of winning the maximum permitted jackpot per game played of £500.00!

One thing that has been brought into law is that each game of Roulette played off on a FOBT must be 20 seconds, or players must not be able to play each spin faster than 20 seconds.

However, slot machines do of course play off each spin at a much faster rate of knots, and as such many FOBT game designers are looking at launching a brand new range of games for those machines that are not Roulette games, but allow punters to play those games off much quicker.

Other New FOBT Games in the Pipeline

Punters always want to beat Bookmakers, and those bookies have around two years to put into place the new maximum stake requirements on their FOBT’s, and as such what you are going to notice over the next year or two is a range of brand new games going live on those machines that will stir up even more interest in those gaming machines.

Many of those new games will be test games on which players cannot gamble more than £2.00 per game played off, and will be used to determine which games are going to be the most profitable once the new maximum stake laws come into effect.

Jessica Wilson is based in the USA and as such she takes a very keen interest in US related gambling laws, whether they are surrounding land based gambling venues or online gambling sites.
Related Items
← Previous Story Gambling Site Regulators Alternative Dispute Resolution Service
Next Story → Massive Tax Rebate on the Cards for UK Bookmakers