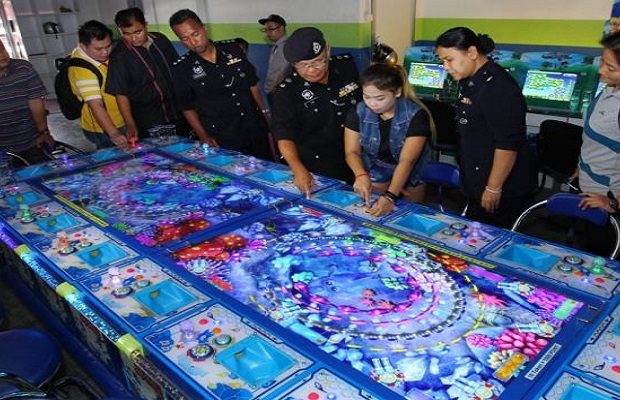 There is no doubting the commitment of the current General of Police Tan Sri Mohamad Fuzi Harun over in Kuala Lumpur regarding the outlawing of all types of illegal gambling that is taking place in Malaysia, for he has just threatened all of his Police Chiefs.

It is their collective inability to stamp out illegal gambling activities within their districts that has rattled him, so much so that if they fail to act he is going to transfer them to different districts with very little notice too!

In fact, he has also gone on record to say that he personally will go out on operations to help bust the illegal gambling activities that have become widespread and he will not stop on his quest to eradicate it until no further infringements of gambling laws are reported or are suspected of going on.

One problem however that he does face it that not many people are prepared to report any type of illegal gambling that takes place in Malaysia, and as such his threats of being transferred to different districts are going to see many more police officers on the lookout and sniffing out such activities.

All Countries are Plagued with Illegal Gambling

It is true to say that all countries of the world are plagued with certain levels of illegal gambling activities and whilst they do cause all manner of social problems, I have yet to see another high ranking police officer taking such drastic action.

However, he will certainly have put the frighteners on his senior police officers, and as such those who are taking part in such activities in Malaysia better be on the lookout, for the police are on the lookout for them and will act quickly too.

The one problem that any one does face when they part take in any type of illegal gambling activities is of course that they could fall victim to rigged and fixed games, those being games that they have no chance what so ever of winning on.

It is often tourists and visitors to some countries of the world that could end up gambling illegally, and falling victim to all manner of scams and fraudsters when they do go about doing so.

Claire Aleman has been with us from the start and is passionate about fair gaming, and asking those in charge very challenging questions, and questions they tend not to want to be asked.
Related Items
← Previous Story Offshore US Facing Sportsbooks Experiencing a Downturn in Business
Next Story → Pop-Up Casino Busted in Mumbai