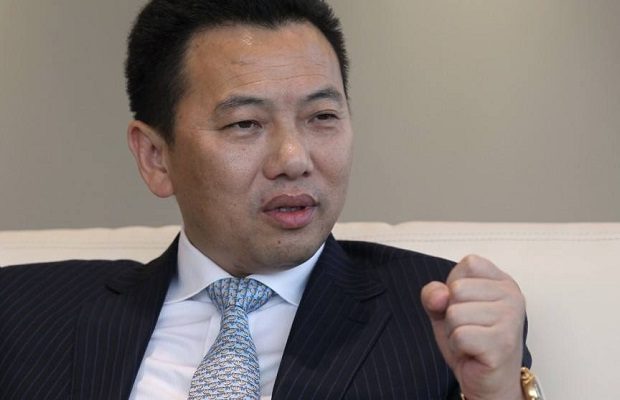 I have some unusual news to report that is just coming in from Asia regarding a very well known Chairman of a major gambling company, and that news is that the Chairman of Landing International Development is officially missing, and no one knows where he is.

As part of the laws of the land the company has of course made a filing with the Hong Kong stock exchange, and has announced that whilst every effort is being made to try and find where he is, the company does not feel that his unannounced disappearance will have any negative effects on the running of the company.

However, many people are speculating that there is only one reason why he has gone missing and that is due to the share price of Landing International Development taking a massive hit recently due to a problem with a proposed new casino resort in the Philippines.

If you are not familiar with Landing International Development, they operate casinos in Asia one of them being based in South Korea, that casino is huge and is one of the largest ones in South Korea, but they do also own and operate many others across Asia too.

Casino Loses Lease in the Philippines

One of the reasons as to why the share price of Landing International Development has been taking a massive hit recently and dropping quite significantly is due to the failure of a brand new casino resort that they were starting worked on over in the Philippines.

The company had just broken ground on the massive development, when the President of the Philippines sent one of his government ministers to the site and told the company that their lease had been revoked! The reason for its revocation was that the terms of the lease were too generous!

With the share price in Landing International Development dropping and as it now looks like the huge casino resort they had broken ground on in the Philippines is not going to go ahead, many people are speculating as to whether the company can survive, much more so with their Chairman now missing.

Time of course will tell, but one must ask the question why the Chairman has gone missing, and whether he knows something about the finances and/or the long term future of the company that other people don’t!

Jay Castillo is a player at heart, and as such you will often find him reviewing all the latest newly launched casino styled games, and revealing information on them regarding cross-border regulations,
Related Items
← Previous Story Talking Stick Resort Offering Poker Ticket Refunds Only